Delays and Interruptions is a series of collaborative drawings created by artists Brian Hitselberger and Jessie Van der Laan. While in graduate school, Brian and Jessie met, during another collaborative art-making event, and were immediately taken with one another’s work and process, in which each saw a bit of them self in one another. Grand plans of large-scale collaborative installations led to the more humble approach of creating a series of collaborative diptychs, a form that each artist uses, particularly as a tool to return to between larger projects. Each artist created a series of drawings, which were mailed to the other, who created the other half. The conception for this show occurred over a series of emails, often with gaps of time in between. The title, Delays and Interruptions, certainly refers to this series of communication and the span of time between the artists’ meeting and completion of this project, in which each artist took on new professional and personal challenges, including new jobs, solo shows, and parenthood. Shortened spans of studio time, which were often delayed, or interrupted, led way to adapting to new processes of making. These pieces embrace exploration and experimentation, using a variety of materials and subjects that are intermixed, obscured, layered, and reflected. Each pair creates an intersecting reverie grown from one another’s daydream. 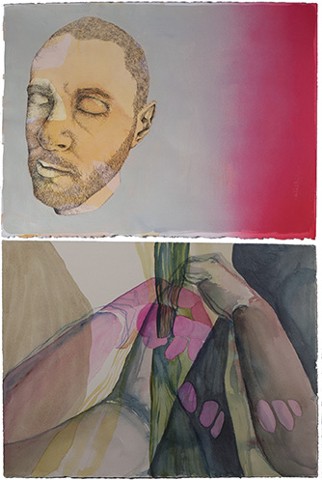 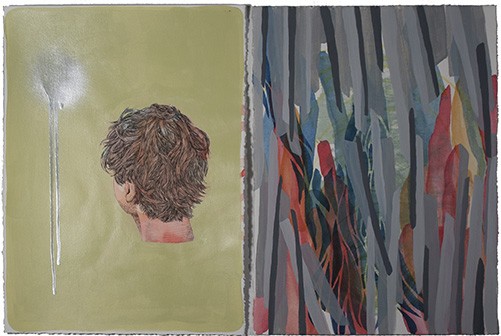 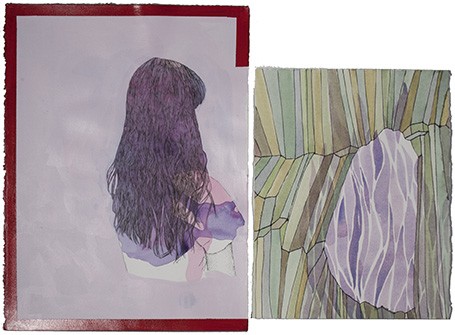 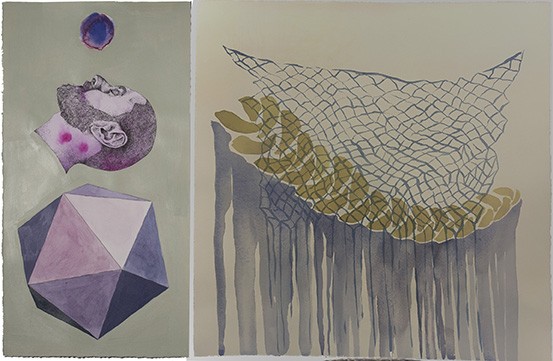 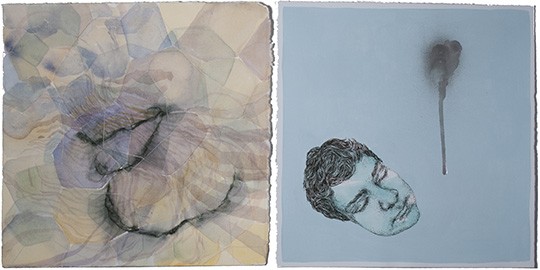 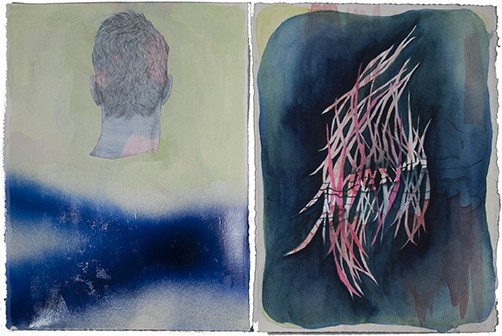 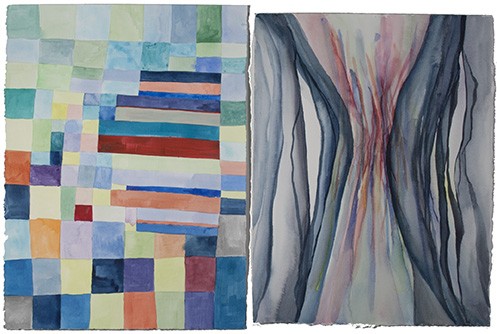 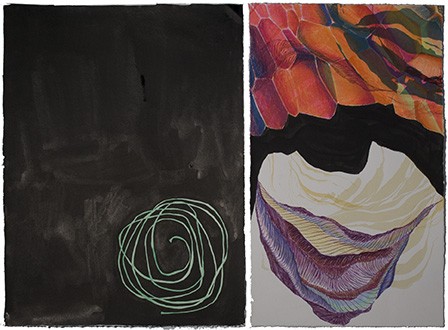 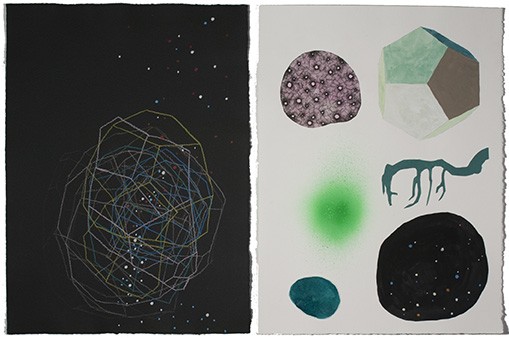 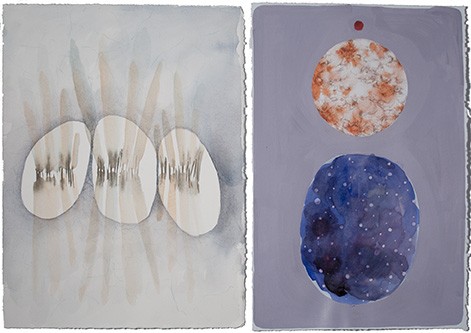 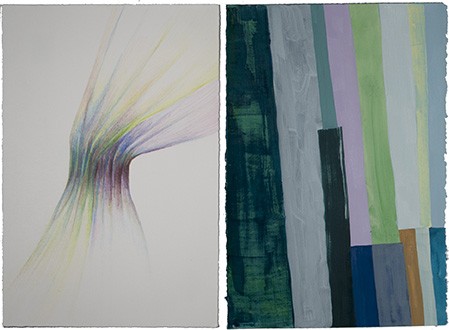